unfortunately the weather was not suitable to play , but an official opening took place with welcoming speech from our new President Tudor Owen . 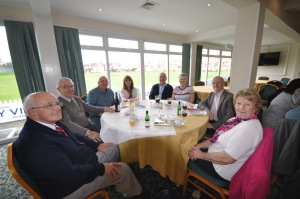